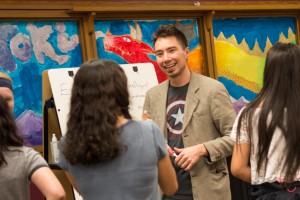 Some people take time off for Black Friday or St Patty’s Day. I use vacation days when my favorite authors release a new book. Others organize parties for football games or beer tastings. My don’t miss invitations are saved for when Marvel releases a new Netflix series.

From Cat Stevens to Stan Lee, C.S. Lewis to Plato, a story well told is my highest form for experiencing truth. It’s how I understand and communicate with God.

Eventually I reached a point where I wanted more than to simply absorb narratives, I wanted to craft them. Tyrants and Traitors, (and its sequel and the soon to be released Hunters and Heretics) is the sum total of all of my experience and development as a writer.

When I’m not designing new worlds or editing until my fingers turn white, I work as a pastor outside of Austin, TX. I thrive while swimming, reading, and gaming (both the Catan and DOTA 2 variety).

Finally, I think networking is the best advancement since Mackinaw Island Fudge ice cream. Drop me a line or connect with me out on Facebook or Twitter. 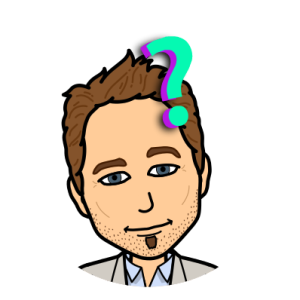 When did you start writing?

Ten years ago, I got the bug to tell stories. Over the next decade, I kept honing my craft, and the result of my work culminated in Tyrants and Traitors. Story craft, the art of storytelling, is one of my biggest passions, and I’ve devoted a large section of my blog, Story Craft 101, to discussing it. If it’s something you’re interested in, take a peek and then add to conversation. I’m excited for the opportunity to learn from each other!

What was your inspiration for Tyrants and Traitors?

David is one of the most fascinating historical figures in the past three thousands years. He went from shepherd to warrior, then from general to exile, and eventually became one of the most famous kings in all of history. Personally, his story always resonated deeply with me, and I wanted to find a way to share that passion with others. However, I appreciate his story is sacred to some, so my publisher and I chose to make a few key changes in the names of characters to keep my retelling and the original story distinct.

Who are some of your favorite storytellers?

What’s a little known fact about you?

Interview with the Fabulous JA Patterson

Who has two thumbs and would love to connect? This guy!